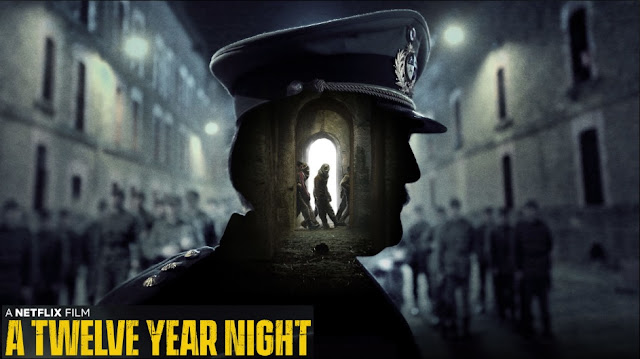 At first sight, La noche de 12 años (A Twelve-Year Night) could pass as a story of survival. The real story of three political prisoners in Uruguay who, in 1972, were taken from their prison cells in a secret military operation that lasted twelve years. Among them is Pepe Mujica, who would later become president of Uruguay.

But the Uruguayan Golden Globe entry, co-produced with Spain and Argentina, is also a story of integrity. How long can a person fight and maintain their integrity? And above all La noche de 12 años is a descent into the abyss to witness the brutality of those in power versus the imagination and the will to live of those who ultimately won.


This is the third feature film by the Uruguayan, Madrid-based director Alvaro Brechner. The movie is inspired by the book Memorias del Calabozo, written by Mauricio Rosencof and Eleuterio Fernández Huidobro, who, along with José "Pepe" Mujica, were secretly moved between more than 40 jails during the military dictatorship that ruled Uruguay. Brechner invested more than four years of research and documentation in this project. “The first thing that struck me was hearing from the soldiers the sentence ‘We should have killed them at the time; now we’re going to drive them insane’.”The film made its world premiere in the Orizzonti section at the 75th Venice Film Festival. Chino Darín (Ricardo Darin’s son), Alfonso Tort and Antonio de la Torre play the three main characters. They were asked to lose more than 30 lbs. for their roles and reduce any physical activity or sun exposure to the minimum during filming. They also met with the real victims of imprisonment.

Born in Montevideo in 1976 Brechner made his feature debut in 2009 with Bad Day to Go Fishing, which took part in the Cannes Critics’ Week, followed five years later by Mr. Kaplan. For La noche de 12 años he worked in real prisons like Libertad, in Montevideo, built during the Uruguayan dictatorship to hold political prisoners. He also filmed in Pamplona (Spain), in Fort San Cristóbal, which served as a prison between 1934 and 1945 and recreated cells inside barracks and sewers trying to be faithful to the lack of space while filming. As he said in an interview, “remembering the atrocities that we as human beings can commit is only important if it helps to avoid future atrocities.” To Brechner, the movie attests that there is something that no one can take away from any human being: imagination.